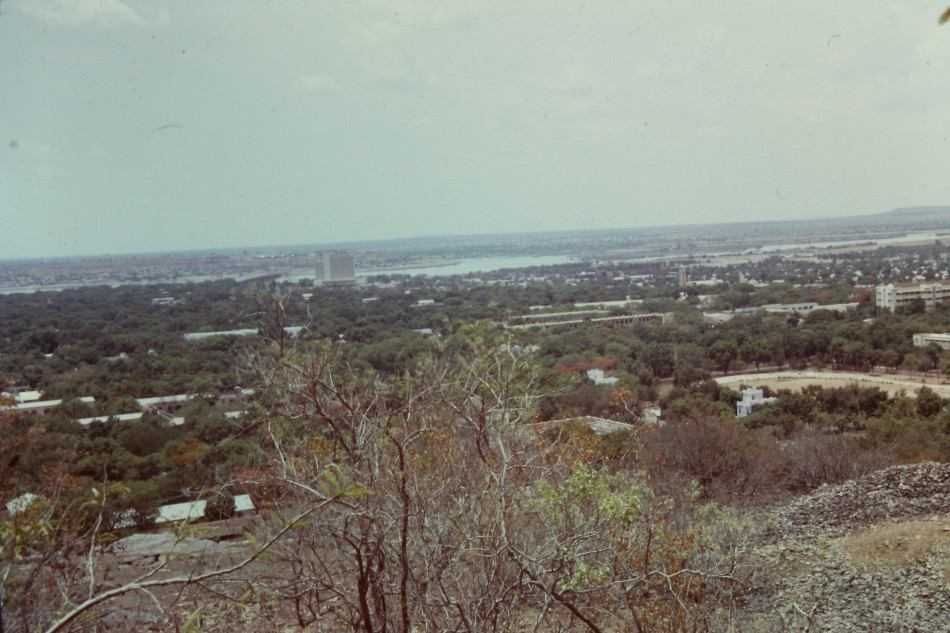 With a coup d’etat recently in Mali, I was reminded of my time in Bamako, a more peaceful and welcoming city.  It was a place where everyone seemed happy and hospitable, even the Mayor of the city.  It was a sleepy town baking on the banks of the Niger.

I got there in an unorthodox way for a poor student hitchhiking across the Sahara.  It started when I woke up at sunrise in the police station on the Ghana-Upper Volta border, where the Ghanaian police had graciously welcomed me as their guest for a wonderful dinner the night before.  They created a make-shift bed for me on a large long table that they covered in blankets.

After a breakfast with my hosts, I wandered out in the baking sunshine to a small group of men sitting by a building across the street from the Police station.  One of the men had a copy of Life Magazine from July 1969, a couple years before, with pictures of the Apollo 11 lunar landing.   He was laughing and saying “Hollywood!  Hollywood!!”

He explained that he was convinced, as the Russians had told him and his friends that the American Moon Landing was not real; but a Hollywood movie production.  Yes, fake news goes back a long way.  I told him that, no, the moon landing was real.  It was all real.

It was time to head to Bobo-Dioulasso and Bamako.

I caught a ride all the way to Bobo (as the Haute-Voltians referred to their 2nd largest city). I took time for a brief meal, then toured through the attractive town.

After a pleasant dinner and evening with some friendly local residents, Most people spoke French. Strangers seem to be openly welcomed and encouraged to converse and try local cuisine.  I did not have the fried caterpillars but stuck to plantains and chicken skewers.

I spent the night in a nice though simple hostel. Up early the next morning, I had no trouble finding a ride in the back of a truck for more than 500kms, all the way to Bamako, capital of Mali.

That was a pretty exhilarating ride.  After arriving I walked around looking at the city.  What was even more exhilarating was when a limo-like car stopped beside me and the distinguished looking gentleman in the back seat rolled down his window.  He smiled broadly and said, “Bienvenu,” Welcome! and asked me if I would like a tour of his city.

“Oui, monsieur.  C’est magnifique” I replied to the gentleman who I later learned was none other than the Mayor of Bamako!  Hospitality is certainly a core value.

I had a wonderful afternoon tour of Bamako, including driving and stopping for photos on the high ridge looking down across the city of Bamako stretching to the Niger River winding below.

It was a dreamy afternoon and evening with the mayor, then later with his family for dinner. He gave me a comfortable simple room with a bed for the night.  Who would have thought a poor student would be afforded such a warm welcome in this corner of the world.

He wished me well after breakfast early the following morning, then bade me goodbye as I started hitching for a ride to Mopti.

When I hear of the upheaval in Mali that has been going on for almost ten years, it makes me sad when I compare it with the Bamako I visited.  The people were so warm, welcoming and friendly.  I suspect they still are despite the political turmoil.

0 comments on “My Visit to Bamako”